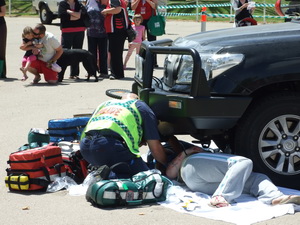 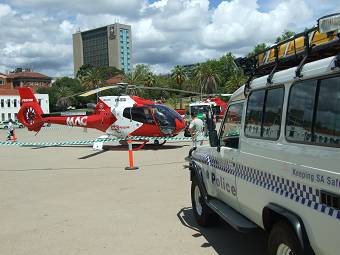 Australian Helicopters Pty Ltd is the service provider engaged to supply the helicopters and aircrew and carry out the day-to-day operations of the MAC Rescue Helicopter Service (“MAC RHS”).

The service continues to be well recognised for operating as an effective shared user arrangement which is unique to South Australia.

The cooperation of the user agencies saves dollars by eliminating the need for separate helicopter service contracts in each agency. More importantly, it provides a flexible and efficient service that saves lives. 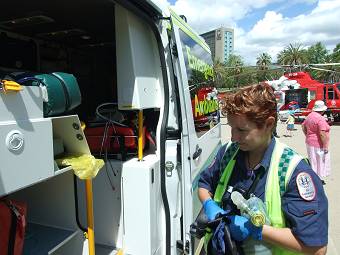 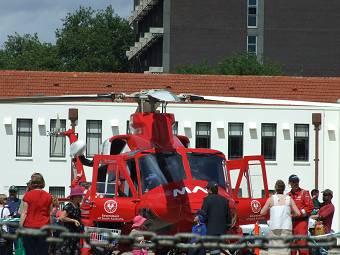 The helicopters in operation perform a variety of tasks in the support of the user agencies.  The following table indicates the core tasks that are performed for each agency:

There are also a small number of external users which access the MAC RHS from time to time.  The main one is the Australian Maritime Safety Authority (AMSA), which is the Commonwealth government body responsible for the search and rescue response to national civil aviation and maritime distress incidents.

Justice Business Services (JBS) within the Attorney-General’s Department manages the contract and funding arrangements for the MAC RHS, as well as the service partnering agreement between the key user agencies. 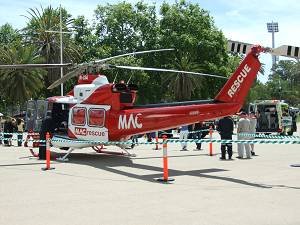 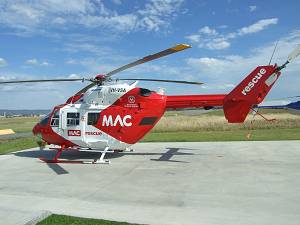 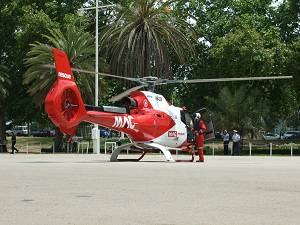 From our HOT TOPIC article

WOW! What a great day. Well worth the look. Lots of photos and video to come from 5DME.

On 26 November 2009, as part of Public Service Week, the rescue service was placed on display at the Torrens Parade Ground, King William Road, North Adelaide.

Two rescue helicopters ‘Rescue 51’ a Bell 412 VH-LSA and ‘Rescue 53’ an EC130 VH-OSA ferried in from Adelaide Airport to participate in the proceedings.

Events like this only go to show how important aviation has become in our community. In emergency cases we are almost dependent on such services.