On Monday 1st of August 2011 (around midnight), Sir Richard Williams Avenue will be closed to traffic to allow further construction of the new multi level car park at Adelaide Airport. Tuesday morning the new Western Link Road will be the main route to T1. Exit from the Short Term Car Park will be to the northern end of what remains of Sir Richard Williams Avenue. Passengers will still be able to be dropped off or picked up from the original overway as is currently in use in front of T1.

This is a photo of the new road between James Schofield Drive and Sir Richard Williams Avenue. As of Tuesday 2nd of August it will be the new main route to T1. 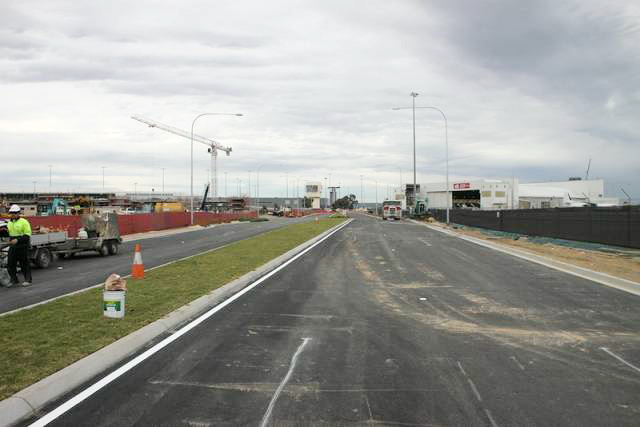