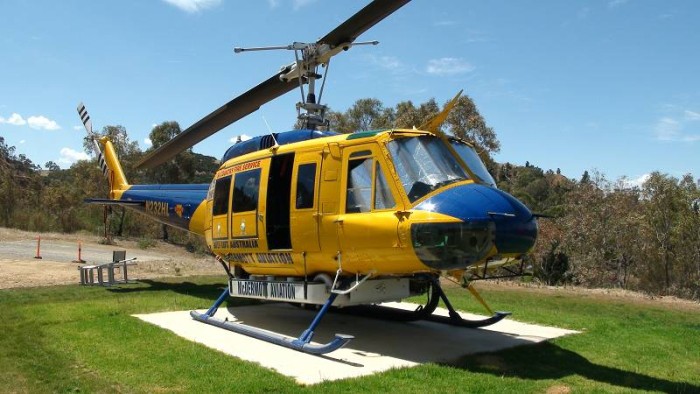 The Bell 205 helicopter is employed as a fire bomber during the summer season in South Australia. The aircraft are supplied be McDermott Aviation / Heli-Lift Australia and are based a Brukunga in the Adelaide Hills for the duration of the bush fire season.

The 205’s form one part of an aerial fire fighting arsenal which includes fixed wing and rotary wing aircraft. During a fire situation they are easily deployed and can draw water from almost any accessible source via a snorkel attached to the belly tank.

5DME interviewed Kevin McCormick on Sunday 22nd January 2012. Kevin is a great source of information not only on the helicopter itself but the role it plays in aerial fire fighting.

The following video is an interview and walk-around with 205 pilot, Kevin McCormick.

The Bell 205’s play a major role in South Australia’s Country Fire Service aerial fire fighting contingent and are a valuable resource that the state can not afford to do without should a bush fire threaten life and property.

5DME are grateful for the co-operation of Kevin McCormick, McDermott Aviation/Heli-Lift Australia and the CFS in the creation of this article.